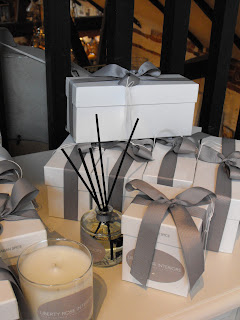 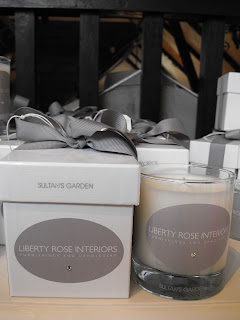 We have some strange rules in our house. No drinking before 6pm and never put the heating on before October. Today, I devilishly did the rule-break combo. Wine was poured five minutes early (it's been a long week!) and the heating was cranked up. And the indulgence just rolled on....the Revels (obligatory family size bag) were opened soon after and I also lit one of our very own candles which further fused the mood. The new range of pure wax candles have been hand poured in The Cotswold, use unbleached wicks and use 7-9% perfume. My personal favourite we have named 'Marrakech Nights' which is an intense aroma of cracked black pepper and tamarind... Pure bliss. If you fancy some Arabian allure or rich African spice, our new range of Liberty Rose Interiors candles and diffusers are now available from The Packhouse in Farnham.
Posted by Liberty Rose Interiors at 14:36 No comments:

We all love a boutique hotel...

With a couple of small children it's not as easy as it used to be to get away and live it up in a posh hotel for a weekend... So, I was delighted to purchase a copy of the latest Design Hotels book which is packed with lavish glossy photos and pure indulgence which is ALMOST as good as the real thing.
Yeah right, who am I kidding? It doesn't come close, but it's a great way to check out the latest interiors of 220 stunning hotels, including 30 properties that are new to the latest edition. 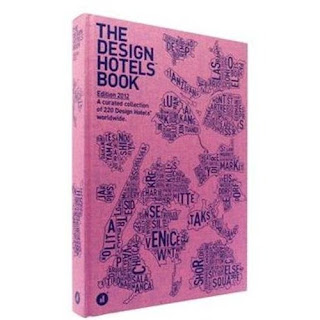 The new edition of The Design Hotels™ Book provides insight into trends and developments in hospitality design. With its images of striking architecture and interior design, this opulent coffee table book brings the experience of staying in a Design Hotels™ property to life. Just as well eh!
Show More
Show Less
Posted by Liberty Rose Interiors at 14:03 2 comments:

Swedish wallpaper manufacturer, Sandberg have launched an ethical new range of wallpapers which have been recreated from initial pen-and-paper sketches and then screenprinted at the company's factory in Sweden, using water-based, non-toxic inks.  What do you think?

Launched at Decorex show this week, the wide-ranging collection features 11 designs, with more than 51 colourways. I love the way that the designers span two centuries - from 18th century Sweden to 20th century New England, with stripes, checks and tweeds alongside elegant botanical motifs. I also like the simplicity of the range. Interior designers seem to be sliding off the walls with excitement over this latest collection, but why is that? Is the new-old the new buzz? Is it because the marketing campaign had all the bells and whistles that wooed the Chelsea Harbourites? Or is it that we're all just fed up with the big swirls, flocks and metalics that the High Street retailers have plastered everywhere over the last five years and this was a breath of fresh air? Good design is about being different and doing so with confidence.
Posted by Liberty Rose Interiors at 13:48 No comments:

Why do people love Cath Kidston? 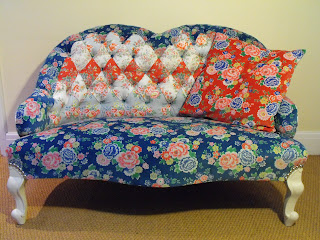 Have you been wooed by Cath Kidston mania? I love the twee prints and coordinating floral patterns and if blended well can look stunning in any setting. Bowled over by enquiries for our hand sewn patchwork chair we decided to have some small sofa frames built which provided the perfect platform for this blue velvet loveseat featuring contrasting heavy weight cotton fabrics from the Cath Kidston collection. It was only finished today so this really is one HOT, love seat... It's a bit like Marmite - I think you either love it or hate it. What do you think?

Posted by Liberty Rose Interiors at 14:29 No comments: